People give me strange looks from time to time… sometimes, children point and say things. I suppose I should be offended but there’s something I quite like about being quirky, enigmatic and just a little bit unhinged. Maybe when I get old, I’ll live in a ramshackle old house and yell at the neighbourhood kids for playing on my lawn…

Anyway, I’ve always put these odd looks down to my homeless guy beard, my patented so-long-and-messy-it’s-not-actually-messy hairstyle and my rock hard body (OK, I made that last one up) but recently I’ve been getting more looks and pointing children than is normal, even for me.

And the cause of this fascination? Well, I live in (but am not originally from) Manchester so maybe the local wildlife is trying to figure out why I’m not dressed in a tracksuit, don’t look like a member of Oasis and haven’t got a ‘retro’ vinyl Lonsdale sports bag permanently slung over my shoulder. But no, I suspect it’s something much simpler than that.

Powder coated in a shade of bright orange any Manc would be kill to have a tracksuit made in, my Surly Troll and its matching bright orange Ortlieb panniers is the kind of thing that stops people in their tracks and makes them say things like “Maaate, look at them tyres”, “F**k me, he means business” and the suchlike… I don’t know, maybe they’re only used to seeing bikes right before they cut the locks off.

Attach my BOB Yak to the Troll and even the traffic stops to gawp. This has its benefits of course, primary amongst which is the extra room you’re given on the road but it’s certainly not the kind of thing you want to do if you’re self concious.

This week, I realised the bearings in my wheel hubs had reached the end of their usable lives and were slowly but surely eating themselves resulting in the kind of noise that forced me into the bike shop (yeah, right, I need to be forced to go there) and further forced me to determine that buying a brand spangley new wheelset would make more financial sense than having the current hubs rebuilt; my girlfriend was not quite so easily convinced.

A few days later and my new wheels are built! You’ll have to wait for pictures of them fitted to the bike (that’s a job for this weekend) but for now, imagine this:

Yep, as if it wasn’t already a head turner, those white rims are only going to make it stand out more!

So this morning I attached my BOB Yak single wheel cargo trailer to the Troll using the dedicated BOB Nutz I spent so long fitting to the frame and dragged it into work so I could pick up my new wheels on the way home. It’s a fairly odd experience pulling an empty trailer behind the bike and it certainly provokes more than a few odd looks; it also has a disturbing tendency to spring into the air if you crash it through a big enough pothole – you have been warned.

Loaded up with a bit of weight however, the Yak starts making all kinds of sense; it stays planted thanks to the really low centre of gravity and, because it mounts from both sides of the frame and has a single wheel at the back, it leans with the bike, flows through corners in a perfect curve with the bike and comes with almost no aero drag because it’s no wider than the bike. It really is genius.

The Troll too is weird. The geometry of the frame is all kinds of bizarre, no matter which way you slice it; stick drop bars on like I have and it just gets stranger… But again, start weighing it down with stuff & things and it all makes perfect sense.

The awesome people over at Keep Pedalling in Manchester (yes, it’s a shameless plug – go there and spend money!) have been really good to me, offering to take in a delivery of the afore mentioned stuff & things this week which I picked up today with my wheels – I’d got the Troll & the Yak… what could possibly go wrong?

Well, nothing as it turns out! It has to be said, I wasn’t quite expecting so many stuff & things to be there but I somehow managed to stuff it all into my panniers, strap it onto my front & rear racks and load it into the trailer. With all that bulk and weight, lesser bikes could certainly become unsettled on the road but my On One Midge ‘dirt drop’ bars provide me with a really wide, comfortable riding position which helps to keep the overall centre of gravity low and the whole load nice and stable.

Sure, a lot of people gawped at me on the ride home and several children pointed and said things I’m sure they thought were funny but hey, this is why I spent all that money on the bike and trailer: 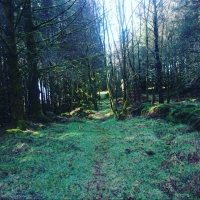 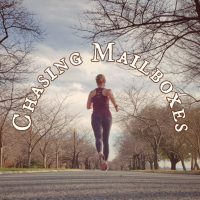 bespoke cakes for any occasion

bringing you the best of local produce

A Few Spokes Shy of a Wheel
Pedalling Along

The World as Seen from the Saddle

Specialising in outdoor and travel photography. Writing and stories from adventures across the globe. Including bikepacking and dirt road touring in UK, Europe, Asia and the Americas.

Keeping a record of my two wheeled touring around the UK

stuff from the outside

Ramblings about bikes of many types, bike gear, places I've been or would like to go, and other bike dreams.

Cycling, off and on the road, in Western Mass

Dirt road cycling adventures across the Americas and beyond

ride your heart out. washington d.c.

Softy on a bike

The dull adventures of a southerner cycling in the north

I have three passions: wine, cycling, travel, family, and math.

mostly about cycling and cycle commuting

Cycling in Somerset, London and elsewhere

Riding around Cambridgeshire looking for some hills

Dispatches from a grape nut