Did you ever fall in love?

I mean, truly in love.

The kind of love that is all-consuming.

The kind of love that sees you spend countless hours dreaming over the object of your affections.

The kind of love you’d beg, borrow and steal for.

The kind of love you know will only end up hurting you one day but you’re too blind to see it.

The kind of love they all warned you about.

The kind of love that they said should never be…

I’m in love and I have been for some time.

And, do you know what? I know it’s wrong. I know it’ll end up hurting me. I know it shouldn’t be.

Recently, the internet wet itself when Jeff Jones unveiled his latest, greatest creation in the shape of the enigmatically named Jones Plus. So, when I happened to be in the bike shop a few weeks ago and they just happened to have a pre-production prototype in, I did what I do best.

I put on my very best puppy dog eyes and somehow convinced them to let me take the thing out for a quick spin around the grotty back streets of Manchester.

Now, you may recall I was lucky enough to take a Jones out one time before… That one happened to be the fantastically ridiculous Spaceframe and was set up single speed and half fat. There was a lot to like about that bike. An awful lot. But then, it tried to kill me (or maybe it was user error) after which I kinda went off the whole thing. 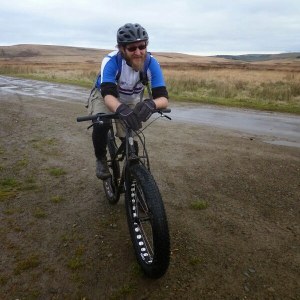 But seriously, what a machine. I do remember it feeling a bit short in the (effective) top tube for my liking though and the whole setup wasn’t my bag (you can read my full ramblings about it here) but the overwhelming decision I came to was that I’d rather have a Krampus.

You can read all about how I first fell in love with the Krampus here. Dang, that was a GOOD day.

And then, of course, I got the chance to ride a Surly Ice Cream Truck. In the UK. Before it was even available in the UK. With the guys from Surly.

Yes, there are perks to having friends who own a bike shop.

I have to say the Ice Cream Truck surprised me. I was all ready to hate it, what with its absurd 5″ tyres and brash American ways but it was a surprisingly nimble, predictable machine with a beautiful geometry. If I were ‘into’ fat bikes, I might even be tempted to consider thinking about maybe becoming interesting in buying one. Maybe. Oh, you can read me gushing about the ICT here, if you’re ‘into’ me gushing about things.

If you can handle all that gushing, you’ll learn that once again I came to the somewhat predictable realisation that… I’d rather have a Krampus.

But let’s get back to the Jones Plus with its GORGEOUS head badge.

All kinds of fun jumping on and off assorted street furniture in Manchester? Check. (don’t tell the folks in the bike shop!)

Heck. There’s an awful lot to like about this bike. But, do you know what? Yep, you’ve guessed it:

I’d rather have a Krampus.

And now, they only gone and released the Krampus Ops with its stealthy matt black paint job and sensible modular dropout system. Dammit Surly!

I know it’s wrong. I know it’ll end up hurting me. I know it shouldn’t be.

You know I don’t care.

I’m having a Krampus.

The build list is still being finalised but let’s start with this:

Yes, it’s all been done before and yes, it’s based on classic hot rod styling and yes, I know all of that is absurd on a bike which will spend its life being thrown around t’ Pennines. No, I don’t care.

bespoke cakes for any occasion

bringing you the best of local produce

A Few Spokes Shy of a Wheel
Pedalling Along

The World as Seen from the Saddle

Specialising in outdoor and travel photography. Writing and stories from adventures across the globe. Including bikepacking and dirt road touring in UK, Europe, Asia and the Americas.

Keeping a record of my two wheeled touring around the UK

stuff from the outside

Ramblings about bikes of many types, bike gear, places I've been or would like to go, and other bike dreams.

Cycling, off and on the road, in Western Mass

Dirt road cycling adventures across the Americas and beyond

ride your heart out. washington d.c.

Softy on a bike

The dull adventures of a southerner cycling in the north

I have three passions: wine, cycling, travel, family, and math.

mostly about cycling and cycle commuting

Cycling in Somerset, London and elsewhere

Riding around Cambridgeshire looking for some hills

Dispatches from a grape nut